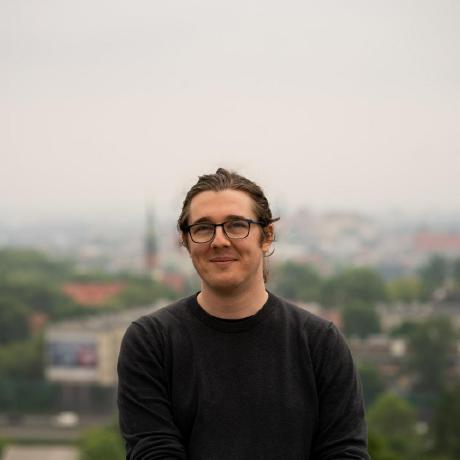 The wonderful people over at JISC invited us along to their two day Hackathon, running alongside their DigiFest event. We pulled together a team of four, Nathaniel, Dan, Alex and myself and began coming up with ideas. They identified a number of key ideas they wanted us to build solutions for, including: Student Wellbeing Shaping […] The post JISC DigiFest Hackathon 2019 appeared first on Harry Gw… Read more →

I recently learned that at Microsoft, employee ID badges double up as Smart Cards. These are used for performing tasks that need 2FA, such as password resets, signing docs etc. I was curious as to how they achieved it, and I came across a rather powerful, yet relatively obscure tool called Microsoft Identity Manager 2016. […] The post Microsoft Identity Manager 2016 appeared first on Harry Gwinnel… Read more →

This weekend, 4 members of HullCSS and I headed over to the C4DI to take on the Space Apps Challenge, a two day Hackathon focused around building applications with a space theme. We had very little idea of what the event was or what we wanted to do heading into it. Nonetheless, bright eyed and […] The post NASA Space Apps Challenge appeared first on Harry Gwinnell. Read more →

On the 6th and 7th of September, fellow HullCSS member Dan and I travelled to Bridlington for the first Humber Care Tech Challenge. The event was hosted and sponsored by East Riding of Yorkshire Council, the University of Hull, Amazon, C4DI and the One Point, presenting us the challenge to come up with a technology […] The post Humber Care Tech Challenge appeared first on Harry Gwinnell. Read more →

Tomorrow I’ve been given the chance to talk at Microsoft’s TechDays Online as part of London Tech Week. You can find the info and itinerary here if you’re interested. I’ll be talking on Mixed Reality and the role it played in building Vertx! https://blogs.technet.microsoft.com/uktechnet/2018/06/08/the-techdays-online-schedule-is-here-dont-miss-out/ The post Quick Update – TechDays Online appeared… Read more →

What I’ve been up to – Microsoft Exams and Summer Camps

May 2018 It’s been a while since I posted anything of note here, so I thought I’d give an update on what I’ve been up to. Aside from exams and coursework, I’ve been working to bring the VISR Summer Camp to life, and studying to further my Microsoft qualifications. We’ve added a bunch of hardware […] The post What I’ve been up to – Microsoft Exams and Summer Camps appeared first on Harry Gwinnell. Read more →

Getting started with Azure for students

I’ve had quite a few students tell me that they’d like to use a cloud platform, but they’re complex, hard to get started with, or expensive. I agree they can be quite confusing to a new user, but I’ve set out to make a simple ‘Getting Started’ guide for Microsoft Azure. I’ve worked with the […] The post Getting started with Azure for students appeared first on Harry Gwinnell. Read more →

I’ve started a project this week called ImgBot. He’s a little Discord bot that uses the Vision API from Azure to recognise images posted to our HullCSS Discord server. As of now, he’s not super clever, only using the basic image APIs to gather data about a given image, but in the coming months I’m […] The post ImgBot – A Discord Machine Vision project using the Azure Vision API appeared first on H… Read more →