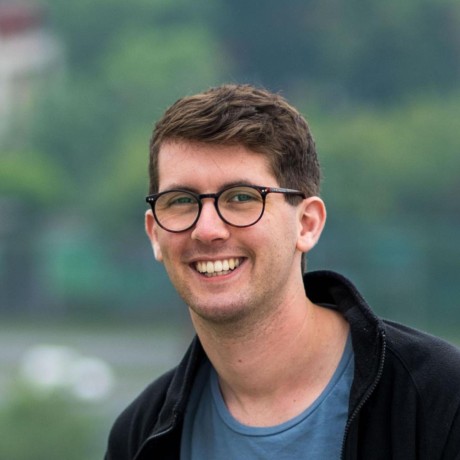 Undergraduate Computer Scientist at the University of Hull

Looking back on my time at Sauce

Looking back on my time at Sauce

It’s been a few months since graduating from the University of Hull, moving to working full time at Sauce during the pandemic and making the most of getting outside when it was allowed between the lockdowns. I still thought it was worth giving my take on the final semester modules from 2019-20, and hope they might be useful to anyone looking to choose their modules now, or who has questions about… Read more →

Last week I headed down with Dan, Alex and Harry and went to the JISC DigiFest Hackathon at the ICC in Birmingham. After attending DigiFest and CAN last year and having a great time, we thought we’d go along again. This year the teams were great too, with one group creating a game where you increase in XP for the better you do academically, two looked at chatbots (one for medical diagnosis and lec… Read more →

Hull is on it's way to be a Smart City

Just before Christmas, I went along to the first HullStack, a rebirth of CodePen (which I’ve written about on this blog previously), but now with a new name that’s wider than code, and covers the full industry from concept through to implementation. This time, it was Adam from Hull City Council who was talking about Hull’s journey to become a smart city. It’s a bit of a late blog post write up, bu… Read more →

End of Semester One - Final Year

This is my typically late review of the past semester, it’s hit home now that this is the penultimate one of these that I’ll be writing, and the end of University is starting to feel real now - but the future is exciting. The past semester has been incredibly busy and hasn’t stopped, but I’ve been up to some cool stuff along the way. Data Mining and Decision Systems 📖 Data Mining was my favourite… Read more →

Trains, train delays, scary SOAP APIs, coffee and zero hours of sleep were just a few of the things that I experienced last weekend when I took part in my first ever HackTrain hackathon; it was three days of excitement, adventure, chaos and code. So what is HackTrain? It’s a hackathon spent, unsurprisingly, on trains, with a focus on looking at how the rail network can be improved; with a cohort o… Read more →

Over the weekend I wanted to get the fundamentals of Go, so thought that I’d make a new project to get hands-on with it. Through getting email receipts and scraping items from them, I can convert all my Wetherspoons and Trainline receipts into transaction data. Building it The application works by scraping emails over IMAP (the most popular email receiving protocol) and looking through their conte… Read more →

This week I went along to my first Monzo event, Show and Tell Manchester. I’ve been meaning to go along to a Monzo event for a while but haven’t had chance as I’ve either been at University or they’ve been in London; I’ve been following Monzo from a while from getting a Beta card in 2017 and writing a blog post about building on their API, I’ve always found their modern tech-stack and community-dr… Read more →

How to convert your resume to JSON

CVs have long been (for me anyway) a long list of PDFs of v1. v2-Final, v3 and so on, making it painful to work out which version is the latest and sift through to find the version I’m looking for. Last year, I migrated my old iWork Pages based CV to JSON to get greater control of both versioning and design of my CV, as well as better compatibility, as Pages files don’t always play nice when conve… Read more →