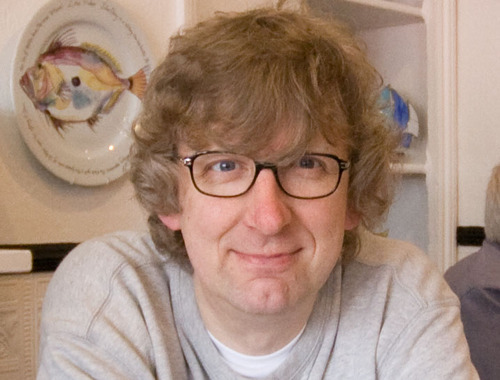 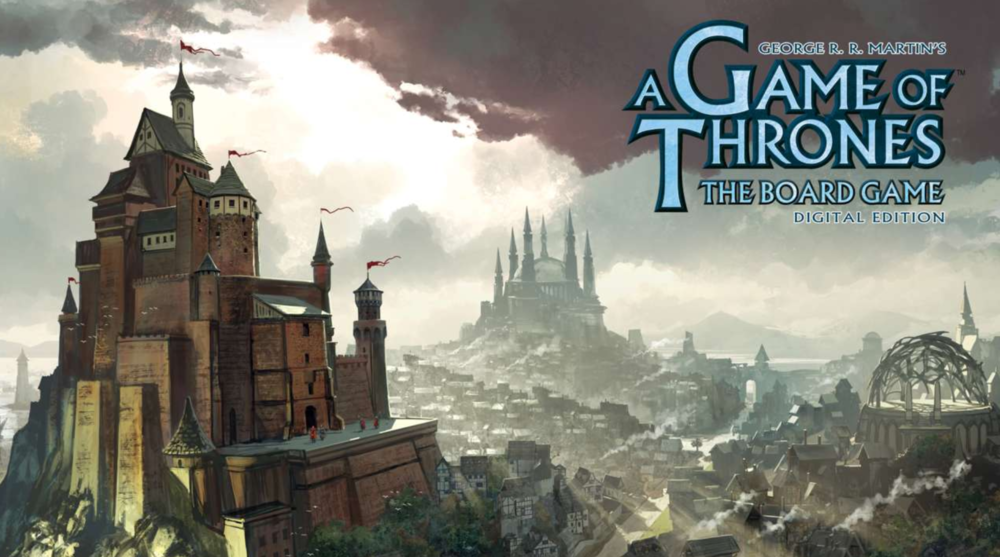 I never got round to watching the Game of Thrones TV series. But now I’ve played the board game. It was hilarious. In the game you take control one of the factions fighting for the famous “Iron Throne”. Not sure why, it doesn’t sound very comfortable. The strapline for the game is “win or die”. I was always fairly sure where I was going to end up when we started playing this evening, but I gave it… Read more → 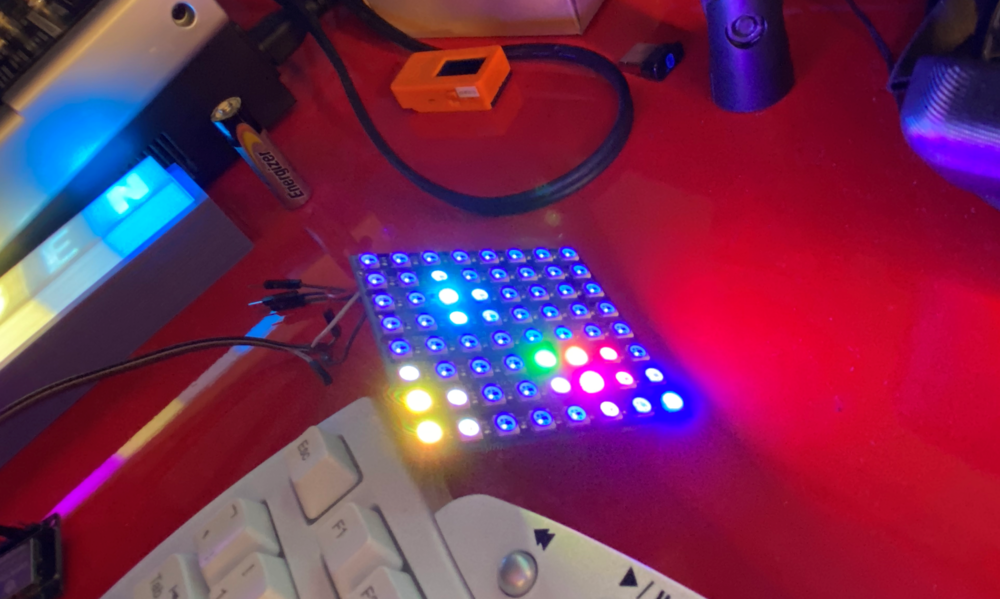 I’ve been waxing lyrical about the joys of using Python to create embedded applications. It turns out that there is no better way to put programs into an embedded device as long as your program is less than 300 lines or so and you don’t mind it chugging a bit.Today I managed to hit both of these brick walls at the same time, when the NeoPixel sprite program I’m making both ran very slowing and out… Read more → 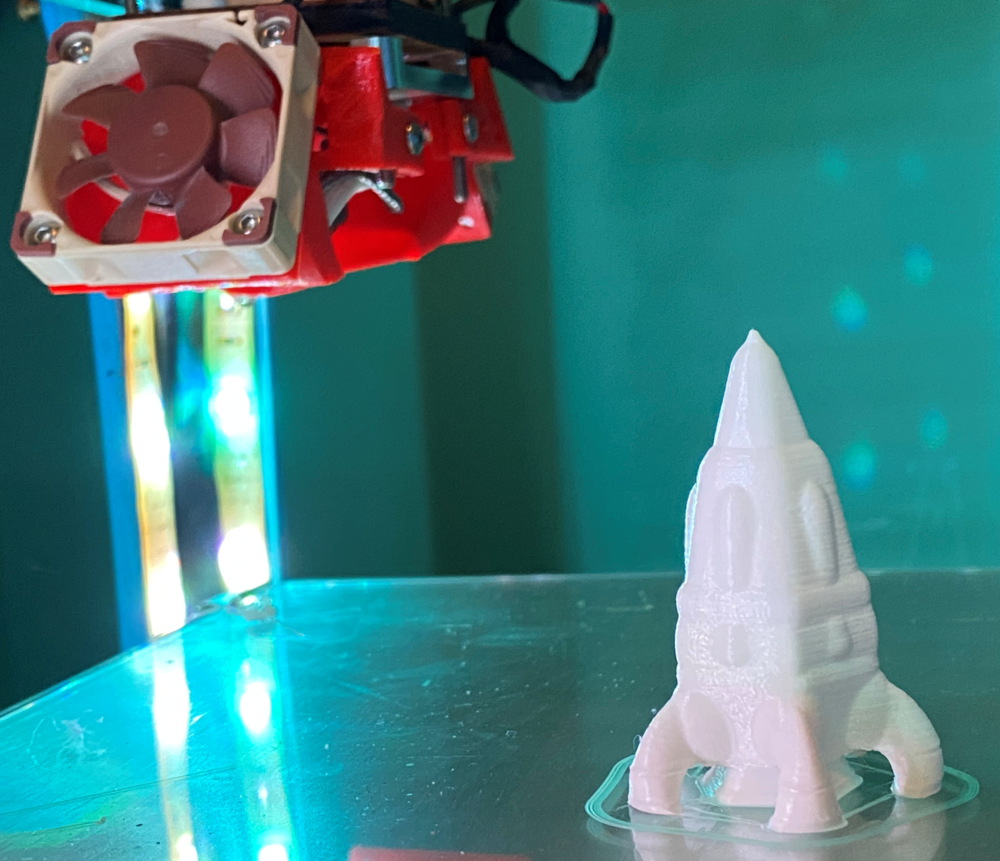 I think you should all know that the little plastic rocket above was the product of a lot of effort today. In the end I discovered that last time I mended the printer I’d left a tiny gap between two parts of the path into the print head. If the plastic in this gap melted it then formed a plug which blocked everything up. All I had to do was take the printer to pieces, put it back together wrongly… Read more → 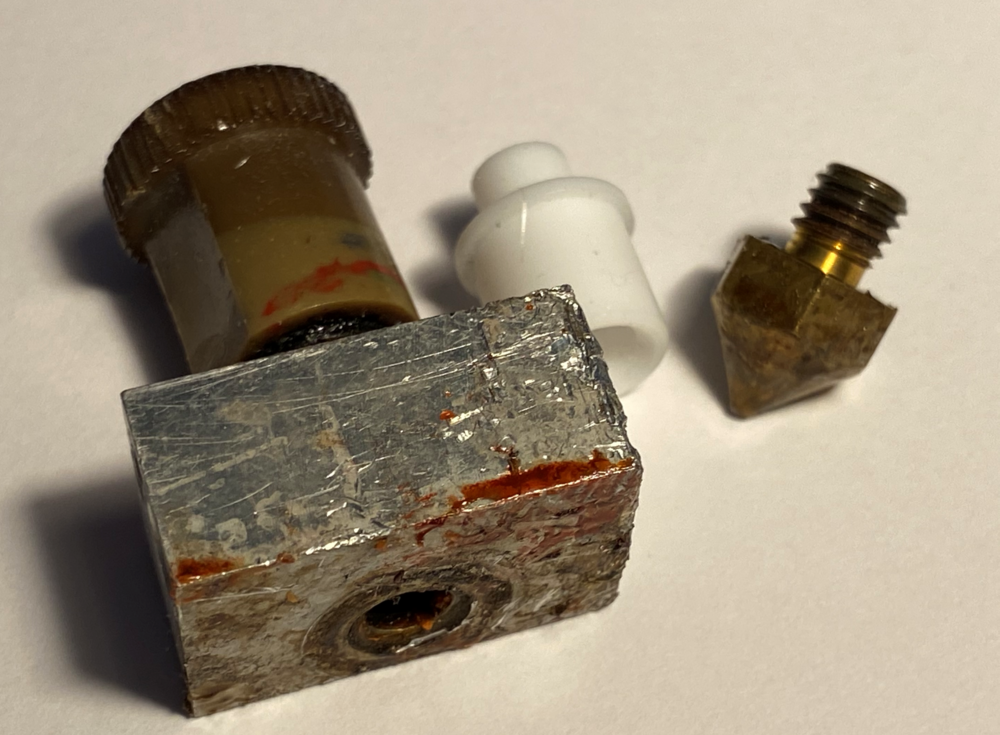 Una my lovely 3D printer is what I call a “Schrodinger Device”. She’s got this title in honour of the celebrated “thought experiment” involving a box containing a cat and something that might, or might not, kill the cat. The idea is that right up until you open the box and take a look inside you don’t know whether the cat is dead or not. From a quantum perspective you can regard the cat as both de… Read more →

Maketober Day 16: Making a mesh of things with eero 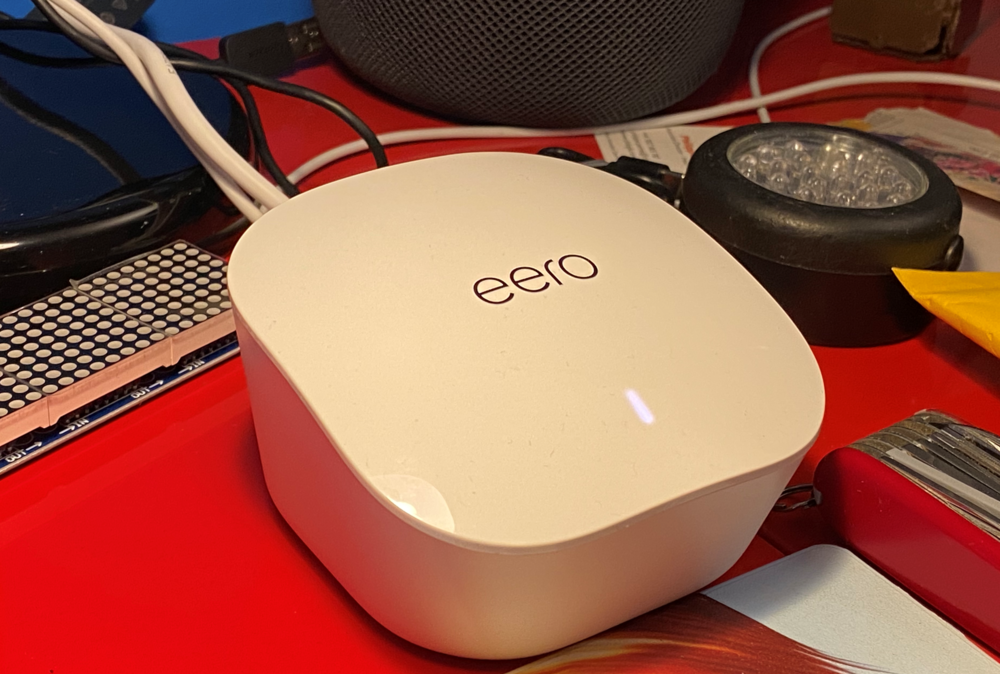 Curse you, Amazon Prime Day. I wasn’t going to buy anything until you came up with a nice discount on a set of three WiFi mesh devices from eero. I’ve been having problems with WiFi reaching all round the house and so I ordered some. The idea is that the three devices work together to extend network coverage around your house. They can forward messages from one to another over the air or via a wir… Read more →

We had a really good meetup of our little hardware group today. Adam came along and we talked about lots of lovely tech including proposals for a “bike thing” device for measuring road quality while you pedal. I really hope we can have a go at building one. Read more →

Today I have been mostly making mistakes. Some people say that failures are more useful than successes because you learn from them. In which case I’ve learned a lot today:It is possible for a drawer to contain 50 cables, none of which are the one that you need.The esp8266 microcontroller does not produce high enough logic levels to drive an AdafFruit 8x8 NeoPixel array. I realised this his after I… Read more →

Today finds me saving setting information for my nightlight. I want to save the time the “on” colour and the “off” colour along with the times when the light should change from one to the other. Like a good programmer I’ve made a class to hold the setting information:blue = [0,0,255] yellow = [255,255,0] class Settings: file_name = 'settings.json' def __init__(self, on, off, on_colour, off_colour)… Read more → 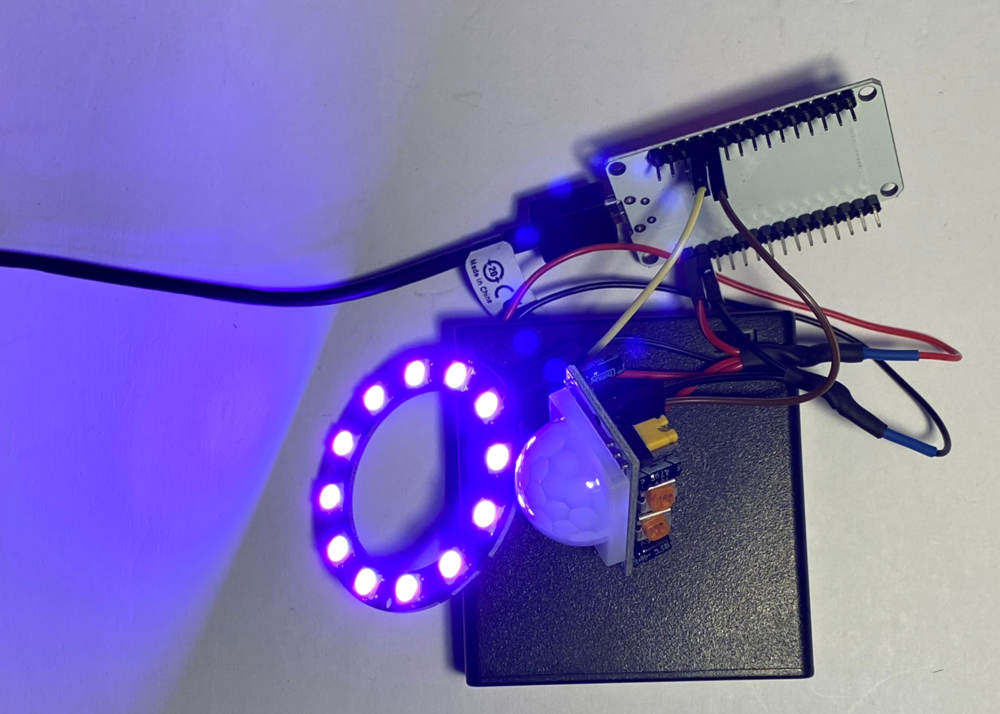 I’ve been playing with PIR sensors. In this crazy world you can pick up five of them for around ten pounds. You can see one in the picture above. It’s the half bubble right in the middle of the frame. These trigger when they see something warm blooded walk past. They are used in burglar alarms and the like. I bought a bunch to play with. I want to make a PIR controlled nightlight that comes on whe… Read more →